A few nights ago, I went to see Casa de Areia, The House of Sand. A Brazilian movie starring the real life mother and daughter, Fernanda Montenegro and Fernanda Torres as Mother and Daughter in the film. Incidentally, the movie is directed by Fernanda Torres's husband, with the leads written especially for these two women. You might recognize Fernanda Montenegro as the actress nominated for an Oscar for Central Station in 1998 and who lost out to Gwyneth Paltrow, who won for Shakespeare in Love.
This movie was really amazing in a lot of different ways. The pace, unlike American movies, is slow and takes its time to allow the story to unfold. When the characters speak to eachother-- it is in clipped, boiled down questions and answers. There is not a lot of dialogue but much expression between the actresses as well as between the people and the land. The film was shot in the middle of the desert- but a desert as strange, changeable and moody as its new inhabitants. There are some breathtaking visuals in the film having to do with the changing landscape. I thought it was really great because the filmmakers assumed that the audience is fairly sophisticated and would understand a crucial jump in time based on the actresses. (I will say no more as I don't want to be a plot spoiler). The film's thematic threads are circular in nature, Mothers taking care of their daughters who then become mothers and begin again. I could go on about other themes-- but it would ruin the movie. I would recommend it though- if you are in the mood for a slow paced that requires some mental energy. I've been starting to see previews for Almodovar's new film, Volver, with a very sultry looking Penelope Cruz-- can't wait for that! I guess I'm on a Spanish film kick.
In the book dept., I'm currently reading 13 Moons by Charles Frazier. So far I really like it, it requires a lot of attention and focus. I am a slow reader and sometimes get lost in my own thoughts so that I have to reread a page a few times. Frazier writes with a very lovely- aromatic sense of description. I love the first paragraph of Chapter 8-- which is where I am currently: 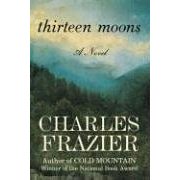 That next summer in Valley River, I was not much of a business man. Nor did I crack a lawbook. Mostly I concerned myself with the weight of Claire's breast in my hand, the echo of a new poem,........., the mute colors of long sunsets,........

Ahhh, to be young and in love!

Otherwise, I just finished baking a batch of chocolate chip cookies.
Here is a preliminary photo of the studio. There is another window on that wall with the window you see and a storage nook behind where I was photographing. I don't like that light-- but you can't have everything!

Well, that's about all from Western NY for the moment. Happy Turkey Day!!! 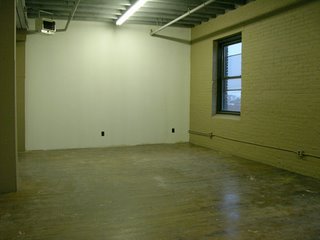