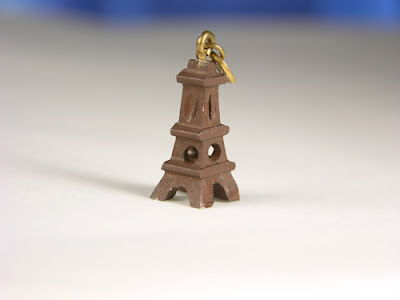 Ok-- Doug and I are on a movie role. In the past week we saw Notes on a Scandal and Babel. Before commentary on those, let me just say, I was so ridiculously sad and moved by the euthenization of Barbaro the horse. What a crazy story that this horse became a celebrity and there was this outpouring of love, well wishes and sympathy from the public on the level of Princess Di or JFK Jr. Well, maybe not quite to that level but yeah sorta.... this morning on CNN there was a 5 minute montage of Barbaro including all the cards and drawings people put up outside the animal hospital where he was treated. If only the people in Darfur or religious sects in Iraq treated each other with that kind of humanity and compassion-- the world might be in a better place than it is right now. I heard Tom Friedman in an interview the other day on Onpoint on NPR and among his interesting statements, the one that struck me the most was when he talked about how there is no MLK Jr., or Ghandi figure in all the violence-- There is no voice of non-violent reasoning with enough political clout, visibility, and resonating voice to rise up above the masses and create a ripple effect. Sometimes, I feel like the world is careening out of control and accelerating at a rate that is so fast- we are just going to implode. I have always been interested in being more "green" and doing my share to be environmentally friendly. In our society though, it is NOT easy. Of late, it seems more imperative to try to be more eco-conscious especially because I honestly don't see how the Earth can support all the people in the world if we continue using its resources thoughtlessly and greedily. I'm worried people, I AM WORRIED. In other news, why is it that the Italian fashion industry instituted health measures to be taken for anorexic models and then I read that Brazilian models are becoming more and more thin and anorexic when earlier standards of Brazilian bombshell beauty included a voluptuous figure and shapely bottom.....and then today I hear about how there is this big uproar that Tyra Banks gained some weight......huh? what? Oy
Anyway, all this ranting is making me hungry.
So, Babel-- after all the hype, we were expecting to walk out of the theatre totally depressed and nearly comatose, but we just weren' t that moved. I found the film trying to make a statement about crossing borders and understanding each other, living in a globalized world yet having no interconnection, but I felt like the movie was lacking a clear moral, political, ethical power punch. Plus the fact that all the story lines were wrapped up with a neat little bow at the end, and in essence everybody was going to be ok.....Hollywood ending. bada bing bada boom. It definitely wasn't a feel good movie- I just wasn't sure what the movie makers wanted me to feel. Also, D made a really good point about how the movie should have had fewer story lines and more character development. The most unique filmic moment happened when Chieko was in the nightclub and we saw an exterior view of flashing lights, pounding music, and everyone dancing, interspersed with Chieko's internal experience of no sound and understanding her surroundings. This movie left me with a lot of unanswered questions both about the characters, (what were Brad and Cate doing in Morrocco- besides the mysterious death of their kid, why was their marriage so strained?, what was Chieko's deal? did she kill her mother? or was she just so traumatized by her mother's death that she was in a deep depression and looking for love in all the wrong places?.....what happened to Mike and Debbie and the asshole, Santiago?
Overall-- I was disappointed.
Ok-- now I really have to go eat lunch-- back later!
at 12:32 PM